Our interactive workshops include:

Since the workshops are successive, attendance to all workshops is encouraged. 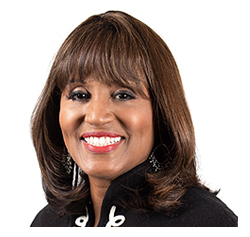 Donna Lowry is an award-winning journalist who combines a passion for storytelling with a desire to empower others with the communication and critical thinking skills surrounding political, educational, cultural diversity, and financial issues.

Through her firm, Donna Lowry Communications, she provides consulting, writing, and producing services for educational, media, professional, and business outlets. Donna serves as host for several programs, including Lawmakers on Georgia Public Broadcasting.

In 2013, her peers inducted her into the prestigious NATAS Southeast Silver Circle to recognize her lasting contributions to the broadcast industry.

Donna has a Master's in Journalism from Northwestern University and a Bachelor's in Mass Communications and Administration and Management from Chatham University. 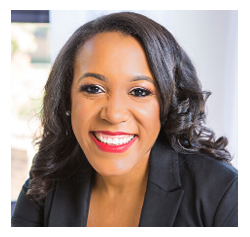 Marguerite, spent the early stages of her career as a senior analyst at Goldman Sachs, controlling over a $2 billion portfolio of private equity, alternative energy, and commercial real estate investments. She transitioned after business school at the NYU Stern School of Business into a successful career in Mergers & Acquisitions as a Manager at Deloitte Consulting, advising fortune 500 companies though full the full deal cycle from target screening, deal structuring, valuations and due diligence, all the way through to day 1 readiness and post-merger implementations.

Marguerite continued to push the ceiling when she sought out to make wedding planning less stressful and more fun for brides and created Tulle la la, a global retail technology company that combines technology with a project management-based approach to wedding planning. In 2018 Tulle la la won the modern luxury diamond award for Best Wedding Technology. Marguerite had a successful exit from the company within 5 years, and today, Tulle la la continues to serve thousands of brides across the globe each year.

Marguerite is passionate about building generational wealth through entrepreneurship, and is always excited to help entrepreneurs navigate their pathway to profitability.